Should You Create a Group or Fan Page on Facebook? 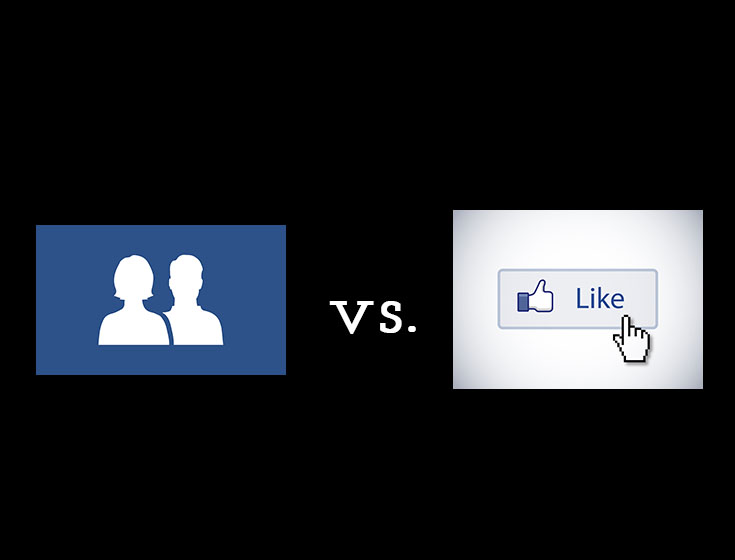 Facebook has become the all-knowing tech giant that we all love to hate. As business owners, we know it’s the one social network that we should have a presence on. As of June 2016, Facebook boasts 1.13 billion daily active users. Yes, billion, with a B. That is a huge number of people that you can reach (if you can reach them). Now the question is how to reach them. There are 2 mediums you can use on Facebook to connect with your audience outside of your profile page: Groups and Fan Pages.

Facebook Fan Pages are what most people are used to. Just about every business has one because it became the standard around 2010. Mainly, you are the one talking to people through your posts to your page’s timeline, and engagement is encouraged via likes (or love, laugh, angry, sad, wow), comments and shares.

Facebook Groups allow you to have a group of people in one area that share a common interest. Anyone can create a Facebook Group; it’s not limited to businesses and brands. People have them for families, classmates, masterminds, bookclubs, and so much more. Engagement is similar, in the sense that you’re talking to the people by posting to the timeline. However, every group member will have the ability to post, and have their message seen.

Sidenote: If you’re that friend adding people to Facebook Groups without their knowledge, stop it. Stop it now.

You may have noticed more people are going through group route lately. That’s because of a few things.

The biggest benefit of Facebook Groups is that it’s not a one-way conversation. Everyone gets to contribute. So you don’t feel like you’re talking to dead air. You can still moderate discussions, of course. But it’s nice for people to connect and have their voices heard too.

When you, or someone else, posts to the Facebook Group, all members get a notification by default. Of course, members can set their notifications in a way to keep them sane (maybe they only want to be notified if their friend posted). Facebook Pages also have this option, but you have to prompt your followers to create the notification; it’s not done automatically.

More businesses and brands are choosing Facebook Groups because you have a higher chance of reaching your audience. As you know, it’s been reported that organic reach on Facebook Pages has dropped dramatically. Where as you used to be able to reach all of your fans, you now have to “pay to play”.

Facebook addressed this issue as well. People have more friends and more pages that they like, competing for their attention. Do you like your friend’s baby announcement, or do you like the post where your favorite store is having a sale? Mark Zuckerberg and friends made the ultimate decision to change their algorithm to favor personal connections’ stories, rather than published posts from brands.

Now, the reach issue is enough for some businesses to ditch pages completely, but not that fast. Facebook Pages still have a solid reason for being in your digital marketing strategy: Facebook Ads.

The one thing that people complain about is also the one thing that makes sense with Pages. You need a Facebook Page in order to run a Facebook Ad. No doubt, you’ve seen the “Boost Post” button after every post on your Page. And you’ve probably seen Sponsored Posts sprinkled throughout your feed. Those are pages (ones you’ve liked and ones you don’t know about) that are advertising to you.

You know the whole 1.13 billion daily users thing? The nice thing is, you can talk directly to the people who fit your audience profile. Facebook Ads have targeting capabilities unlike any other network. Because folks spill their guts in their Facebook profile, you can show your ad specifically to people according to their:

With the right strategy, Facebook Ads can more than pay for itself if people are responding to it by buying your product or service. You know ahead of time what your budget is because you set it, and you know about how many people you’ll reach.

Facebook Pages also get Insights, which are deep analytics on the reach of each piece of content you drop.

Absolutely! The two serve two totally different purposes. You just have to know what your end goal is for each one. Now, moderating Facebook Groups is a lot more work than just posting to your page. Business owners have to invest more time because Facebook Groups are about fostering community. When your group goes stale, it’s hard to revive it.