Why Smartphones are the Future of Virtual Reality 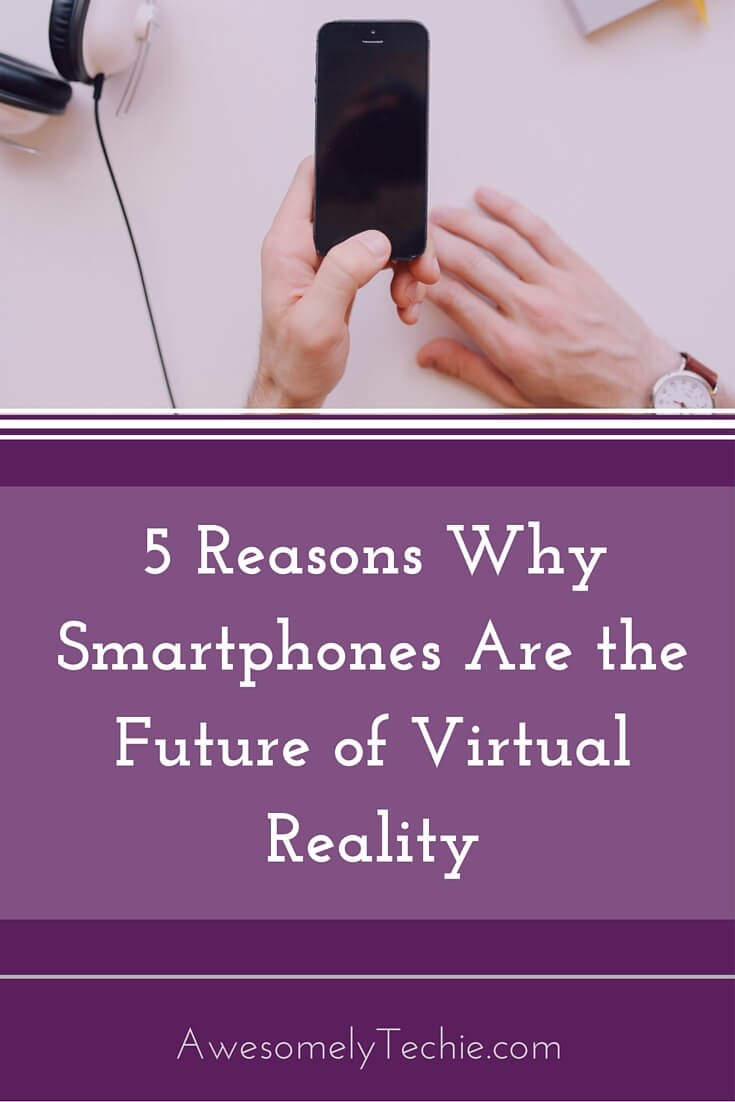 Virtual reality. You’ve been hearing about it a lot lately, but what is it exactly? Virtual reality (or VR) combines software and the use of computer technology to create an artificial environment. You, as the user, are then placed fully immersed inside the experience, rather than just viewing a screen in front of you. By mimicking as many of your senses as possible (hearing, touch, vision), the computer is transformed into a portal to an artificial world. The technology today is rather impressive, thanks to improved graphics, head-tracking abilities, and more!

Virtual reality headsets like the Oculus Rift have a long road ahead of them, and for an unexpected reason: smartphones. Put simply, smartphones are affordable, accessible, and incredibly easy to use, and their near universal appeal has not been lost on technology companies. Seemingly out of nowhere, and just as VR headsets were poised to be the next big thing, smartphones have shown that perhaps dedicated VR headsets aren’t necessary after all. Here are five reasons why smartphones are the future of virtual reality.

By 2019, it is estimated that there will be more than 230 million smartphone users in the United States alone. Considering the U.S. population hovers around 300 million people, this means that three out of four Americans will have a smartphone in just three years time. That fact alone tells you all you need to know about the smartphone’s role in the future of virtual reality. Put simply, the device is ubiquitous and it only makes sense for companies to repurpose it for virtual reality applications.

Smartphones are now available at nearly every price point, and service plans are becoming more affordable too. Even better, there are some incredibly attractive incentives to be had. Companies like T-Mobile allow consumers to watch as many movies and shows as they want, data-free – it’s all part of the company’s new Binge-On program, which lets users stream from providers like YouTube without a data penalty. Thanks to phones like the Samsung Galaxy S7 with Gear VR, you can watch all of these programs in virtual reality for a completely immersive experience.

3. Mobile and Easy to Use

You are likely reading this on a smartphone as we speak. If not, there’s probably one in your bag or pocket at this very moment. Smartphones are incredibly easy to use and highly mobile. Virtual reality headsets, particularly large ones like the Oculus Rift, are decidedly less so. By adapting smartphones for virtual reality applications, companies make it easier for consumers to make the virtual reality leap. Universal adoption will certainly be less difficult to achieve if people can simply pull their pre-existing phone out of their bag and plug it into a VR receiver.

4. Supported by the Industry

One of the biggest factors pointing to smartphones being the future of VR is that it’s an idea already accepted within the industry. Companies like Google have embraced the idea with their Google Cardboard initiative, and Qualcomm has developed a Snapdragon Virtual Reality Software Development Kit. Considering Qualcomm is a leader in mobile processors, this is no small development. Often times, new platforms live and die by industry adoption, not consumer adoption – if that’s the case, then the future of the virtual reality smartphone looks promising.

5. A Natural Next Step

Virtual reality is a natural next step for the smartphone. The device has already proven itself to be a capable gaming platform, communications outlet, social sharing platform, camera, and GPS substitute. So where does an industry take a device that can already do everything? It only makes sense to adapt the smartphone for use as a VR platform. In fact, as Samsung and Google have shown, we know that it can and will work. So even if you don’t happen to own a Galaxy S7 with Gear VR, don’t be surprised if Apple and Sony introduce their own smartphone headsets soon. The smartphone is the future of VR.

6. Virtual Reality is No Gimmick

Not only can virtual reality make gaming and film more immersive and engaging than ever, it has the potential to transform the way you use your smartphone. We’re all accustomed to staring at a tiny four or five-inch screen when watching YouTube or playing our mobile apps – it’s simply the nature of using a smartphone. However, virtual reality headsets can turn that four-inch screen into one that appears nearly limitless. With VR, the smartphone’s most limiting form factor – its screen size – could finally be solved.

If you found this post valuable, pin the image below! Samantha Rivers is a freelance writer who lives in Chicago (Go Cubs!) and loves writing anything in the lifestyle, technology, and career realm both online and print. When she’s not running the Upward Onward blog, she enjoys reading, finding new restaurants, being active outside, and indulging in a glass of wine or two. Follow Samantha on Twitter at @SassySammyBee.